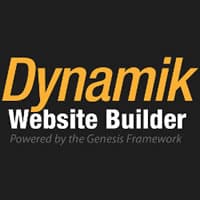 Let me begin by stating that Sniffle Valve has not abandoned the Dynamik Website Builder (DWB) child theme for the Genesis Framework and the Beaver Builder (BB) plugin, nor has their capability and usefulness diminished in my view in any way whatsoever.

They remain an excellent choice with which to build a WordPress powered website and I will continue to create tutorials about them.

The decision to replace them with the GeneratePress theme (GP) (including the GP Premium add on) and the Elementor (EL) page builder plugin during the Sniffle Valve website rebuild was purely an exercise for me to learn these relatively new additions to the WordPress ecosystem.

I have found that one can “play around” with a new product until the cows come home, but until you actually use it to build out a website, you can never really get the feel for the workflow.

And that is why I did it this way.

Besides, I wanted to learn about them in actual use so that I would be better prepared to create tutorials about them in the future.

Many of you may cringe when I say that I did all of this on the live site, in real time. No need to fear, really, as 1) I had a backup and I tested it, and 2) (unfortunately), the Sniffle Valve site doesn’t get a whole lot of traffic.

I also kept an eye on the Real Time Google Analytics and would take a break whenever someone did pop onto the site.

As for the actual work, most know that one of the great things about BB (and EL) is that it leaves your content behind when the plugin has been deactivated and as such, the content was immediately available once the page was opened with EL. Everything showed up in an EL Text widget.

From then on, it was just a matter of arranging the various EL widgets as needed and copying and pasting any of the existing content into them. Quite simple and easy to do.

The part that took the longest was, as usual, trying to decide on the overall design and layout, which would be the same process regardless of the page builder being used. Once I came up with what I thought was the look I wanted (thank you ever so much, Silvia G.!), the rest went quickly.

If you have a good look around the Sniffle Valve website, you will notice that there are not many, if any, bells and whistles.

As a matter of fact, shy of the template used for the page header (photo of me, vertical yellow line on the right side of that column and the blue rectangle with white text), the whole thing could have been done with the free, lite version of BB.

As for the theme, well, this is where GP and the GP Premium add on really shine.

The header and navigation stick and scroll (with resized logo on scroll) is out of the box, completely set up in the Customizer.

The only CSS that was harmed in the creation of the  header was for the placement of the Header widget area containing a WordPress text widget that contains the tag line to the right of the logo.

That bit of CSS was supplied by Tom Usborne, GP’s creator, as a result of a request I had made about doing so on another site. Tom’s support for his products is, in my not so humble opinion, utterly amazing.

Speaking of Tom and his fantastic products, the only other area of the Sniffle Valve website that was a complete departure from the previous version was the Tutorials page.

Previously, those were a BB row for each tutorial, with a photo, heading, text and icon module in each row. Adding a new tutorial was a bit of a chore.

It should be noted that the plugin also does pages, and that is what I did as each tutorial is a WP page.

I just made a separate list in WPSP for each topic, added the page IDs that I had jotted down for each, and then added a WPSP widget to that EL section and selected the appropriate list from the WPSP widget drop down. Too easy.

I had initially set the lists up as three columns, but decided that it looked too crowded. Easy fix. Go back to each list and set the columns to two. Done. Less than a minute.

Well there you have it. That’s the story in a nutshell. There is more to be tweaked yet, especially on mobile (I did keep and eye on that during the work using Blisk and Screenfly) but for the most part, it’s workable.

Will I use BB and DWB on other sites in the future? Perhaps.

Unless something else new and shiny comes along.

There are times when one wants to have the Elementor Tabs widget to keep displaying as tabs on mobile instead of switching to an accordion….

The 2.1 version of Elementor Pro is scheduled to be released on Monday, 06 August 2018. Among the many anxiously anticipated features that will be…

I have started adding new videos to the Sniffle Valve YouTube Channel with the Quick Tip identifier on the video thumbnail preview image.  These are…

Use this CSS to change the size of the hamburger icon and text. Adjust font size as required. /* Icon and text */ .menu-toggle {…

I hope that this will help some of you avoid what I recently went through. I spent the entire Canada Day 150 long weekend trying…

These two items are responsible for a lot of the spam comments that are entered on a WordPress. Removing them has the potential to cut…